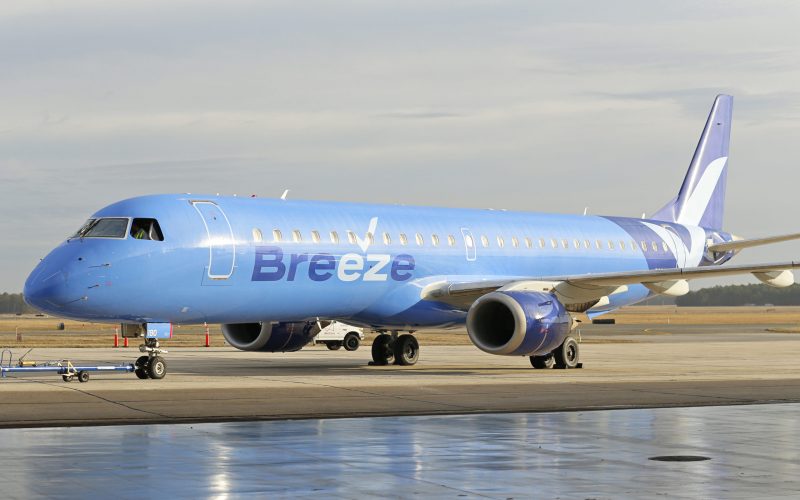 Breeze Airways continues to grow its fleet. This time, the American airline taking its flight at the end of last year added that an A220-300 type aircraft has joined its fleet, the third aircraft of this model.

However, the delivery of this jet did not go as planned. During the trip, the plane that was supposed to land in Fort Lauderdale returned to its starting point in Mobile, Alabama due to severe weather hitting Fort Lauderdale.

After leaving its departure airport at approximately 9:22 a.m., the aircraft bearing registration number N206BZ was forced to return to Mobile, Alabama.

Affected by severe weather conditions, the delivery of the plane was delayed, like several other flights which landed at their arrival airport several hours late.

After landing in Mobile at 12:04 p.m. local time, it appears the crew was confident to make a second attempt shortly thereafter. Indeed, the jet spent very little time on the ground, having taken off at 12:36 p.m. – just 32 minutes after landing.

A few hours later, the plane took off from Mobile Airport, and landed at Florida Airport at 3:10 p.m.