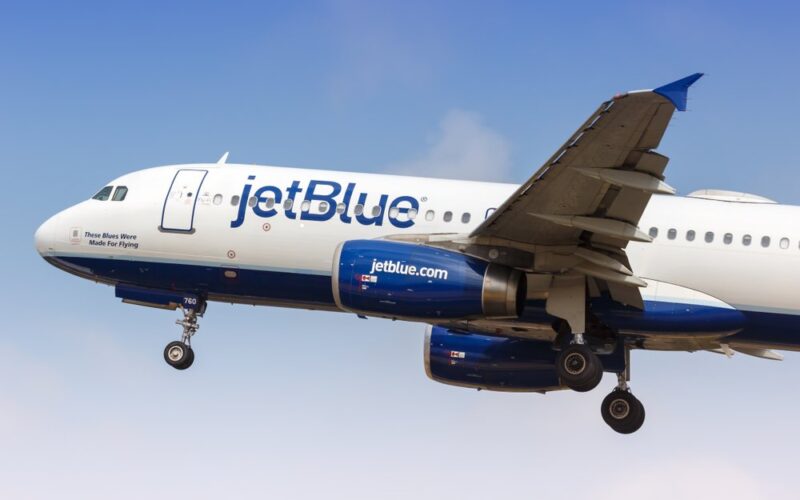 The airline company JetBlue Airways will launch in the spring 13 new tourist routes from New York, including to Haiti, Saint Lucia or Cartagena. Its first Airbus A321neo equipped with the new Mint class has arrived.

At the end of February 2021, the American company opened reservations on 13 new routes from New York airports, a direct consequence of the “Northeast Alliance” launched with American Airlines. Starting July 1 from Newark-Liberty, JetBlue will offer up to three flights per week to Antigua-VC Bird; a daily rotation to Aguadilla-Rafael Hernández in Puerto Rico; up to 4 flights per week to Cartagena-Rafael Nuñez in Colombia; up to 4 to Port au Prince-Toussaint Louverture in Haiti; up to five to Puerto Plata-Gregorio Luperón in the Dominican Republic; up to 3 to Sainte Lucie-Hewanorra (with Mint class some Saturdays); and up to 4 to Saint Thomas-Cyril E. King in the US Virgin Islands.

Also in Newark, JetBlue will also fly in early July to Martha’s Vineyard (MVY), with five weekly rotations (up to two flights per day in high season), Nantucket-Memorial (ACK) at the same pace, and to Seattle- Tacoma (daily in high season)

Departing from New York-LaGuardia, the airline is launching daily flights to Charleston, twice daily to Denver, and daily in peak season to Martha’s Vineyard. Only this last airport and that of Nantucket will be served by Embraer 190 (16 passengers in Even more space class, 84 in Economy), all the others benefiting from Airbus single aisles.

JetBlue also welcomed the first Airbus A321neo equipped with the new Mint class unveiled last month: the N2105J called “NEO Mintality”, with a new design on the vertical tail, is fitted out to accommodate 16 passengers in Mint (including two in Studio) and 42 + 102 in Economics. This is its 16th A321neo, the others configured as 42 + 158, and the 270th aircraft in its fleet. There are an additional 43 A321neo in his order book, plus 13 A321LRs and just as many A321XLRs.

“With so much enthusiasm around JetBlue’s projects in London”, which are expected to launch this summer (an idea launched in April 2019 but still not materialized), “we are delighted to also present our fabulous and all new Mint transatlantic suites at the customers on select flights in the United States, ”said Jayne O’Brien, head of marketing and loyalty at JetBlue in a statement. Its first commercial flights will indeed link New York to Los Angeles “this summer”.