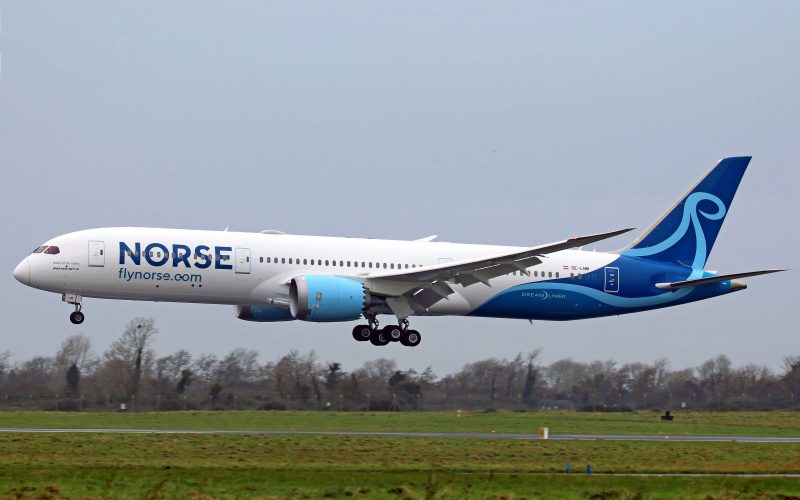 The airline Norse Atlantic Airways, which specializes in low-cost long-haul flights, will establish its headquarters in the United States in Fort Lauderdale, with flights to Paris, London and its base in Oslo by next summer. It will also serve airports near New York and Los Angeles.

Having had to postpone the start of its operations between Europe and the USA to spring 2022 due to the impact of the Covid-19 pandemic on demand, the new Norwegian specialist in low-cost flights based at the airport of Oslo-Gardemoen clarified its transatlantic plans at a meeting in Florida. Norse Atlantic Founder and CEO Bjorn Tore Larsen has confirmed that the city of Fort Lauderdale, near Miami, will host its US headquarters, as well as direct connections from Hollywood International Airport to Oslo, Paris and London . The future base will mainly host air hostesses and stewards, “hundreds plus a few pilots and administrative staff”, he said in the local press.

“As an innovative new airline planning to offer affordable transatlantic flights with a strong US focus, a presence in Florida and Fort Lauderdale will be key to our success. Not only is Fort Lauderdale centrally located, but it also has a smart approach to attracting new businesses to the area,” the executive said in a statement.

Norse Atlantic will also serve Newburgh-Stewart airports near New York and Ontario-International near Los Angeles, for the time being from the Norwegian capital. According to ch-aviation, it is still waiting for its foreign air carrier permit (FACP), the application for which has been filed with the DoT. Recall that the company has ordered fifteen Boeing 787-9 leased.

Launched among others by the co-founder and ex-CEO of Norwegian Air Shuttle Bjorn Kjos, the new low cost insists that its growth “will be based exclusively on demand and profitability”, even if its future network and its fleet look more like in addition to those of Norwegian (which abandoned long-haul to survive the health crisis).

Norse Atlantic is targeting a workforce of around 1,600 employees by the summer of 2022, with recruitment of seafarers having already begun. All will be employed full-time by the airline, which “emphasizes a fruitful employer-employee relationship” and has already reached an agreement with the largest cabin crew union in the United States, the AFA.