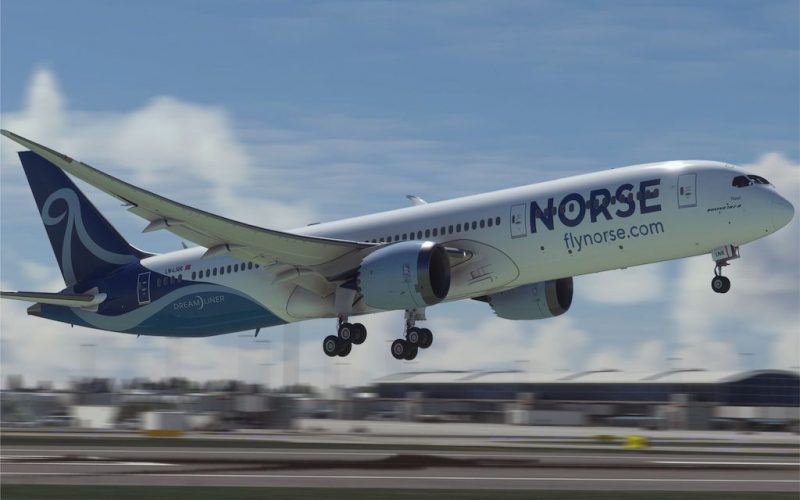 New low-cost long-haul airline Norse Atlantic Airways will open bookings at the end of March, with its first route “in the second quarter” due to connect Oslo with a destination in the United States. It also joins forces with OSM Aviation Academy to train cadet pilots in the handling of Boeing 787 Dreamliners.

The new Norwegian specialist in low-cost flights had planned to launch its operations in December 2021, but the Covid-19 pandemic decided otherwise. Norse Atlantic still does not provide a date for this inaugural flight from its base in Oslo-Gardemoen, but said last week that it hoped to start selling plane tickets by the end of March. To the United States of course, but without further details: it intends to serve the airports of Fort Lauderdale-Hollywood north of Miami (favorite for the first flights), Newburgh-Stewart near New York and Ontario-International near of Los Angeles, secondary airports being at the heart of its strategy.

“Future customers and supporters on both sides of the Atlantic contact us every day asking when they can start buying tickets, when we will be flying and above all what routes we will be offering. We are delighted with the interest in the market and can confirm that our aim is to launch ticket sales by the end of March and that our first flight takes off in the second quarter,” CEO Bjorn Tore said in a statement. Feedback. “We are working on finalizing our route network and look forward to announcing our destinations when we open for sale,” he added.

Norse Atlantic has received four of the fifteen Dreamliners expected to date, 787-9s parked at its Oslo base. All the aircraft, twelve 787-9s and three 787-8s, will be leased from BOC Aviation and AerCap. The following will be delivered over the next few months, with the low cost having to “cautiously and gradually” add capacity in line with demand. “We believe that transatlantic travel will resume in full force once the pandemic is behind us. People will want to explore new destinations, visit friends and family, and travel for business. Norse will be there to offer attractive and affordable flights on our more environmentally friendly Boeing 787 Dreamliners to cost-conscious business travelers and leisure travelers alike.