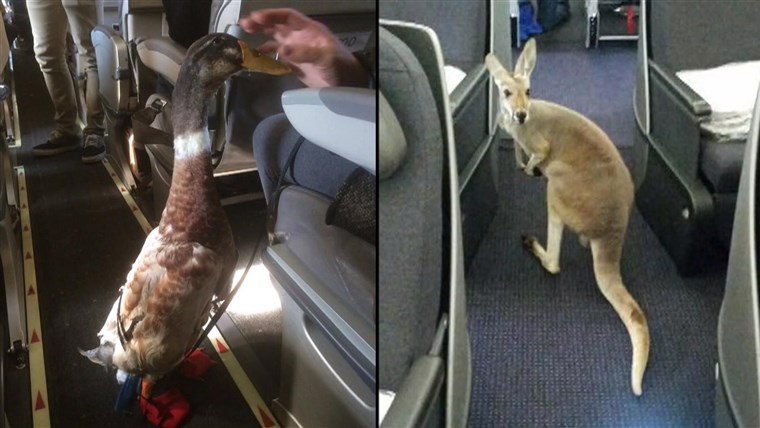 Alaska Airlines is the first major in the United States to ban emotional support animals in the cabin, except specially trained – and vaccinated dogs.

Following the policy change announced in early December 2020 by the DoT (Department of Transportation), the company based at Seattle-Tacoma airport announced the ban in the cabin of so-called “emotional support” animals, with the sole exception of ” assistance dogs which are specially trained to perform tasks for the benefit of a qualified disabled person ”(including psychiatric assistance). Alaska Airlines specifies in its press release that it will then accept “a maximum of two assistance dogs per guest in the cabin”, customers must complete a DoT form certifying that their animal “is a legitimate assistance dog, that he is trained and vaccinated and will behave appropriately during the trip ”.

The airline will continue to accept emotional support animals “as part of its current policy,” for flights through February 28, 2021 inclusive. But not later (animals in cages under the seat are of course allowed). “This regulatory change is good news as it will help us reduce disruption on board while continuing to accommodate our customers traveling with qualified service animals,” Ray Prentice, director of defense, said in a statement. customers at Alaska Airlines.

The number of people flying with an emotional support animal has exploded in the United States in recent years, with travelers seeking to board with all kinds of animals: pigs, parrots, monkeys, ducks, a peacock. and even a pony. The airlines dared not turn back these strange passengers, at the risk of being singled out by associations and other mental health activists, but Delta Air Lines had for example been forced to include in full in its conditions of sale of the ban in the cabin of “therapeutic” pit bulls – before being disowned by the DoT which “prohibited bans by breed”…

The DoT’s regulatory change came after comments from the airline industry (including A4A, Airlines for America) and the disabled community regarding “numerous cases of emotional support animal misbehavior, which have caused injuries, health hazards and damage to aircraft cabins ”. “The days of Noah’s ark in the air are drawing to a close,” said Sara Nelson, president of the Flight Attendants Association, in USA Today, explaining that some cabin crew in her union had been injured by animals. untrained company.