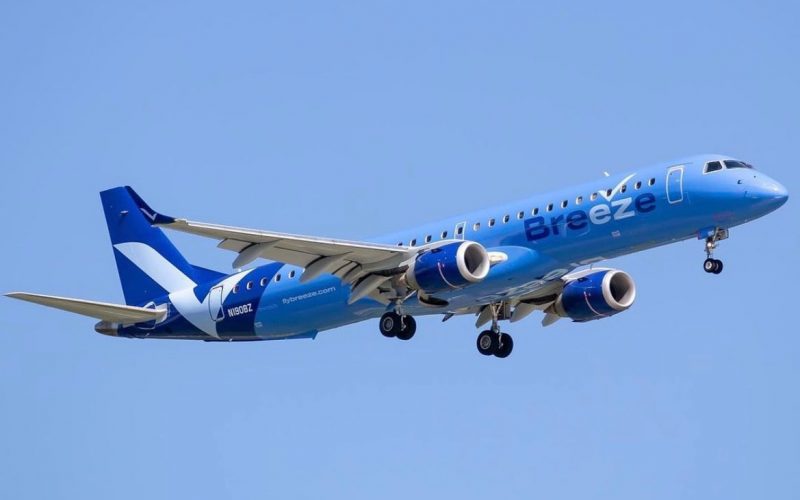 Breeze Airways continues its nationwide expansion by adding a new route to its domestic flight network.

The airline specializing in low-cost flights inaugurated a flight between Akron-Canton and Las Vegas.
This flight will be the eleventh to be operated by Breeze Airways to Las Vegas. The inaugurated connection from McCarran Harry-Reid International Airport will be offered from October 6, the price of the ticket starts at 99 US dollars (for the one-way route only).

This unique price is only offered for passengers purchasing their plane tickets before June 13, 2022, and must be used before February 14 of next year.

Breeze Airways took off a year ago. At the beginning, the American carrier opened flights which serve much more the destinations of the South-East of the United States, but currently, it enriches its network with destinations of the west. Currently, the low cost carrier offers flights to thirty cities spread over seventeen US states.