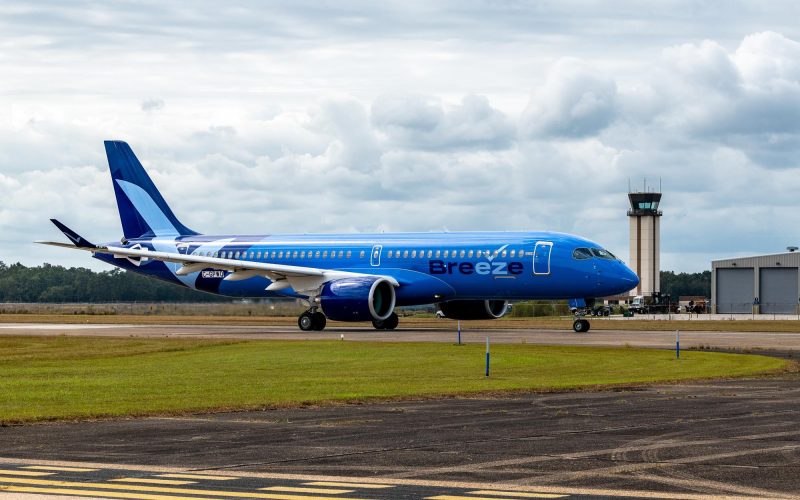 US low-cost airline Breeze Airways confirmed on Monday that it has placed an order with Airbus for twenty more A220-300s as part of an expansion of its operations on longer routes.

This order, announced in April by industrial sources, brings the total of its purchases of this device to 80 copies.

The company created by the Brazilian-American businessman David Neeleman, founder of the airline groups JetBlue and Azul, received its first device on October 26. The remainder of the order will be fulfilled at the rate of one device per month over the next six and a half years.

The A220s, 120 to 160-seat aircraft, come from Bombardier’s CSeries program, which withdrew from the commercial aviation sector in favor of an agreement concluded last year with Airbus.

Breeze Airways, which raised 200 million dollars (about 170 million euros) last month, plans to operate its A220s on routes of more than two flight hours, from the first months of 2022.