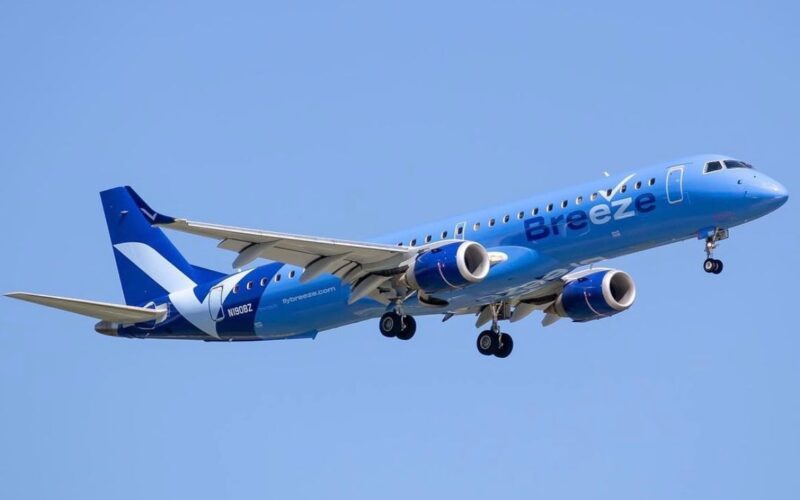 Airline genius David Neelman’s newest airline, Breeze Airways, has revealed its plans for its new Airbus A220s. As we have already reported, the company plans to operate these aircraft in the second quarter of 2022. However, it has now surprised by stating that the goal is for Breeze Airways to be able to perform transatlantic flights with the A220.

In mid-2021, Breeze Airways marked a milestone in its history by moving from the Embraer E190 to the all-new Airbus A220. The airline – which signed an order for 80 aircraft of the type – presented a high-density cabin with 36 first-class seats; however, they emphasized that they are configured to be able to make quick changes to optimize the passenger cabin.

Now this isn’t the only surprise Breeze has with the A220s. The company is aiming big with this aircraft. Neelman has indicated that these aircraft will operate long-haul flights and even make long-haul flights. To meet this last objective, the CEO of Breeze Airways has expressed his interest to Airbus in the auxiliary fuel tanks that they are developing for the ACJ TwoTwenty.

With the installation of these tanks, the A220 would have a range of more than 6,400 kilometers. This would give them the ability to operate flights from the northeastern United States to various countries in Europe. It should be noted that transatlantic flights with the A220 do not mean a change in the business model of Breeze Airways. The airline has emphasized that operations will be established on low-traffic routes.

Breeze Airways clarified that they will not fly flights from New York or operations to London Heahtrow International Airport. Instead, it will operate from secondary airports on both continents. With the increase in the range of the A220, Breeze Airways could fly from Burlington, Vermont to all of Spain, France and even destinations in Belgium and the Netherlands.