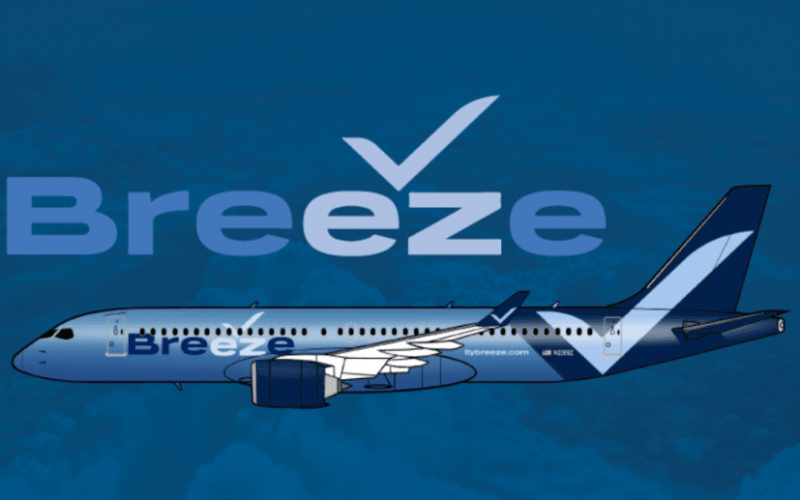 The new Breeze Airways (ex-Moxy) of David Neeleman, received on December 30, 2020 the first of 30 Embraer 195 attained. Now registered as N190BZ, the aircraft previously leased by Elevate Capital Partners to the low cost Brazilian Azul (another company launched by the businessman) was fitted out to accommodate 118 passengers, and had been withdrawn from service in September 2019 and stored in several locations, the last being Macon in Georgia. No arrival date has been announced at its future base at Salt Lake City Airport. Two other cameras were photographed last month in Costa Rica; their delivery would be imminent

Breeze Airways is expecting from August the first of the 60 Airbus A220-300s ordered in January 2019 (with options for another 60). The start of its operations is currently set for next May, on a network still unknown but which should connect “pairs of medium-sized American cities which currently have no non-stop service”, or around 500 routes.

Breeze, positioned as low-cost airlines, could then operate the Airbus A220s ordered by the parent company, whose deliveries are due to start in April 2021. Breeze aims to become “the most beautiful airline in the world” and will focus on large cities average “abandoned by our current air transport network,” said the management of the JetBlue group in the file filed Friday with the Ministry of Transport, according to several American media.

The air transport sector is particularly concentrated in the United States. Four airlines, Delta Airlines, United Airlines, American Airlines and Southwest Airlines, control three quarters of the domestic market. “We’re going to fly where no one else flies,” Neeleman said, adding that he was considering routes over “500 city pairs”.