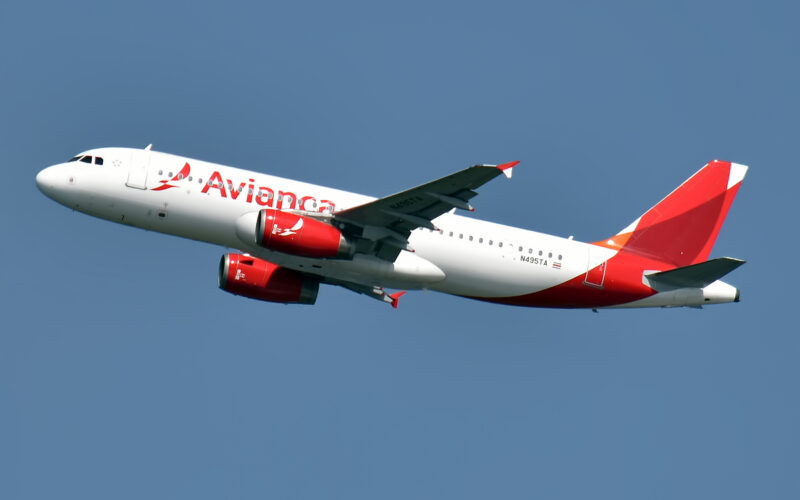 Avianca, the Colombian airline, will soon launch two new routes to the United States, between Cartagena and New York and between Medellin and Orlando, with strong expansion also planned from San José in Costa Rica.

From March 27, 2022, the Colombian national company will offer a daily flight between Cartagena-Rafael Nunez and New York-JFK airport, operated by Airbus A320 that can accommodate 12 passengers in Business class and 138 in Economy. Departures are scheduled at 9:20 p.m. (arrival the next day at 3:15 a.m.), return flights leaving the USA at 4:40 a.m. (arrival at 8:50 a.m.). Avianca will compete with JetBlue on this route.

On March 29, the Star Alliance company will inaugurate three weekly rotations between Medellin-José Maria Cordova and Orlando airport, its A320s taking off Tuesday, Thursday and Saturday at 1.10 p.m. (arrival at 5.55 p.m.) and leaving Florida at 7.20 p.m. at 10 p.m.). The low cost Spirit Airlines and Viva Air Colombia are already present on this axis. Some flights on these two new models could benefit from the new cabins, unveiled in November.

Avianca will also relaunch the daily connection between Cartagena and Miami at the end of March, suspended due to the Covid-19 pandemic. “Our 100-year history drives us to continue to offer the best travel options. Today, we are combining this heritage with a strong commercial strategy of competitive pricing so that customers in the United States can easily travel to the most attractive destinations in Colombia,” said Rolando Damas, CEO of Avianca, in a press release. for North America and the Caribbean.

Also in Colombia, Avianca will connect Bogota to Ipiales and Medellin to Riohacha in the spring, and will relaunch the axis between its capital and London-Heathrow.

Another novelty announced, this time departing from San José-Juan Santamaria, Avianca Costa Rica will inaugurate flights to Cartagena and Quito in Ecuador at the end of March, in addition to the routes already announced last summer to New York, Los Angeles or Panama. City.

Ana María Copete, Sales Director at Avianca, said: “In 2021, we have set ourselves the goal of inaugurating 50 new routes in the next three years, and we are getting closer and closer to this goal. We continue to offer our customers better and more opportunities for point-to-point, non-stop connectivity to travel to their favorite destinations in America and Europe, at more competitive rates and with a tailored product that allows them to personalize their trip. Thus, we combine the best of our 100 years with the practicality of the modern low-cost world”.