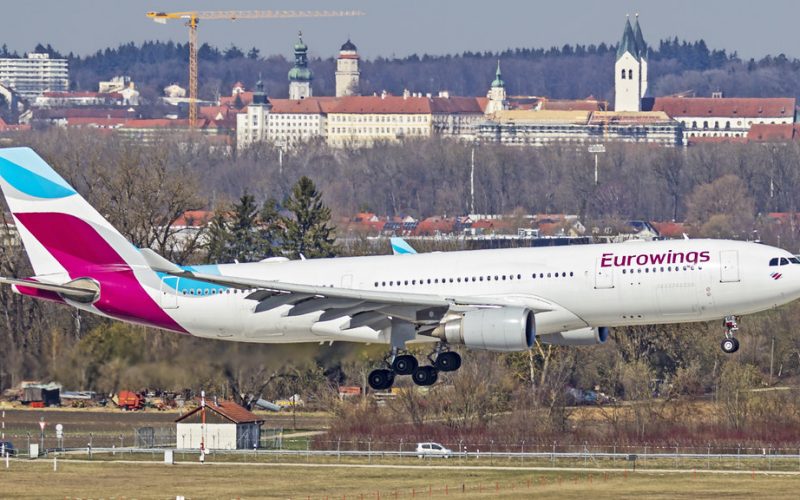 Eurowings, The low-cost airline inaugurated its first long-haul route in Munich to Las Vegas Las Vegas McCarran International Airport in the United States, a new destination in its network.

The Lufthansa group subsidiary specializing in low-cost flights has inaugurated its new base at Munich airport, where three Airbus A330-200s can accommodate 21 passengers in Premium class and 289 in Economy (operated by SunExpress Deutschland) . Its first novelty in Bavaria was the two weekly flights launched on the same day to Las Vegas-McCarran in Nevada, on Mondays and Thursdays, in competition with Condor.

With the launch of the long-haul in Munich, Eurowings is “once again positioning itself as the fastest growing airline in Europe. With the steady and successful expansion of the long-haul offer in Munich, we are today meeting the strong demand from our customers in the catchment area in southern Germany,” said Oliver Wagner in a statement. commercial director of Eurowings; “With a total of 15 new routes and 41 destinations in Munich, we are doubling our growth and will carry up to two million passengers there.” Michael Kerkloh, CEO of Flughafen München GmbH, adds that “Germany’s largest low-cost airline is thus filling a supply gap at our airport. Now Munich travelers have the option of using low-cost flights for long-distance travel.