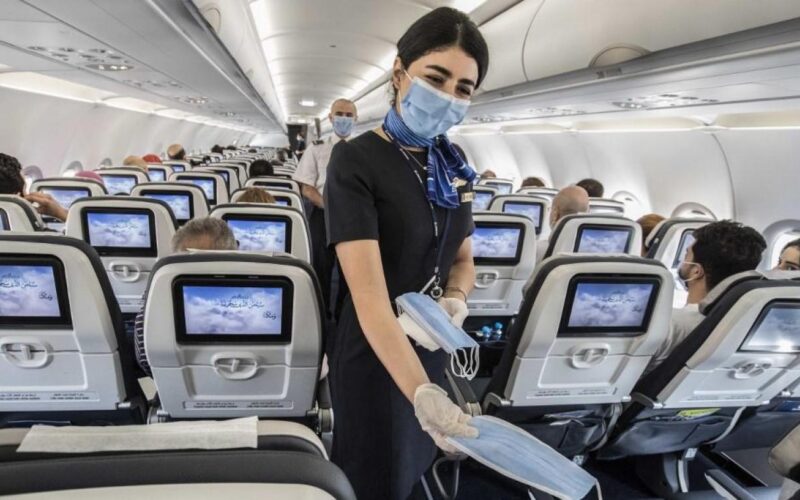 The new American president yesterday signed a decree making it compulsory to wear a mask in airports and planes, and will impose a quarantine on arrival for all international flights as part of his new plan to fight the Covid pandemic -19.

Among the decrees signed on January 21, 2021, the first day in office of President Joe Biden, is the one concerning the wearing of a mask, now mandatory in the United States in all federal buildings, airports and on board airline planes. As he had promised since last October, and as demanded by American Airlines, Delta Air Lines, United Airlines or other Southwesterns, the responsibility for wearing the mask no longer depends on the policy of private companies. According to the White House, the measure now covers public transport under federal jurisdiction, including interstate and international flights.

Another decree, which will come into force on January 26, concerns the establishment of quarantines for travelers arriving from abroad by plane, without specifying the duration; the CDC now recommends ten days. Passengers will also need to be tested before leaving for the United States, as requested and obtained by the CDC.

These new measures have been welcomed by Airlines for America, the association of American airlines, but also by unions. Among the Cabin Crew Members who sometimes had trouble enforcing the rules, the Flight Attendants Association-CWA (AFA-CWA, 50,000 members) stressed that a single federal rule on the wearing of masks “will protect personnel from cabin and other workers ”facing the recalcitrant. Dennis Tajer, spokesperson for the Allied Pilots Association pilots’ union, points out that there is “a big difference between a policy and a federal mandate: when you use the words federal mandate, it attracts attention.”

To date, according to CNBC, nearly 3,000 passengers have been banned from Delta, United, Frontier, Spirit, JetBlue, Alaska, Hawaiian and Allegiant airlines; the actual number is probably much higher since American Airlines and low cost Southwest “do not reveal the number of passengers they have banned.”