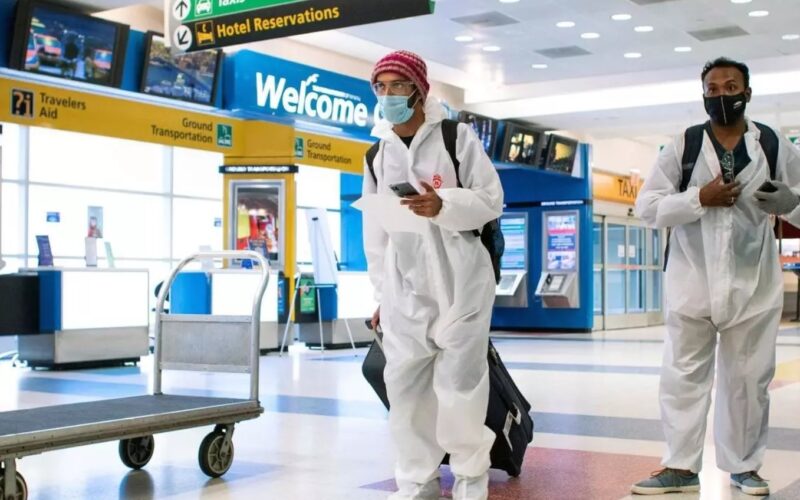 Washington is tightening up its restrictions in the face of the pandemic: travelers arriving at American airports will have, from January 26, to present a negative Covid-19 test carried out in the previous three days.

All travelers wishing to travel to the United States by plane will have to present a negative test for Covid-19 from January 26 in order to be authorized to travel, announced the American health authorities. This test must be completed within three days of departure for the United States. Airlines will be responsible for verifying that a test has been carried out before boarding.

In addition, the new American president Joe Biden signed a decree concerning the wearing of the mask, from now on obligatory in the United States in all the airports and on board the planes of the airlines companies (American and foreign). As well as another decree establishing quarantines for travelers arriving from abroad by plane. The duration and location of the quarantine have not been specified.

The Centers for Disease Prevention and Control (CDC), the main federal public health agency in the United States, justified this change in health policy by the emergence of variants of the coronavirus, some of which are proving to be more contagious. The United States had already announced at the end of December such a measure for travelers from the United Kingdom.

“At a time when the United States is already facing a surge (of the epidemic), this obligation for air passengers will help slow the spread of the virus while we work to vaccinate Americans,” argued the CDC in a report. release in early January.

The authorities also recalled their recommendation to be tested again between three and five days after arrival in the territory, and to be placed in isolation for seven days after the trip.

“Testing does not eliminate risk, but combined with a home quarantine period and day-to-day precautions like mask wear and social distancing, it can make travel safer,” said Robert Redfield, director of the CDC.