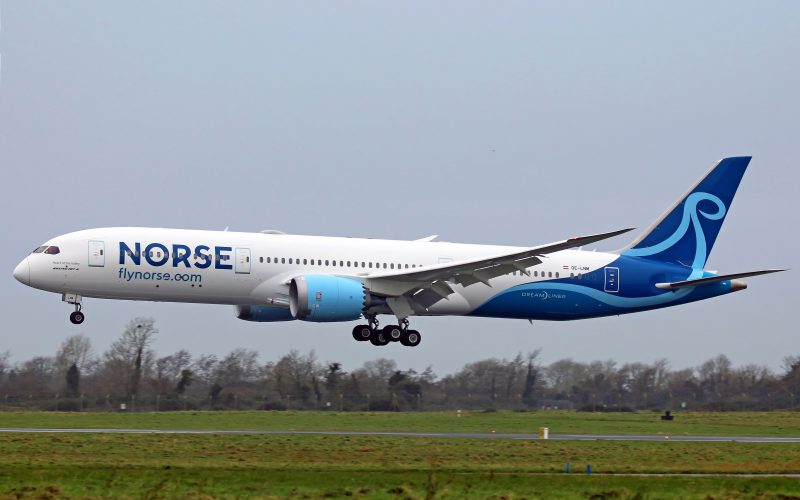 Norse Atlantic Airways has just announced that flights between Oslo and New York are available for booking. The low-cost airline recently taking off has also opened booking on its flights serving Orlando, Fort Lauderdale and Los Angeles from the Norwegian capital.

The departure of Norse Atlantic’s first intercontinental flight, which will serve New York JFK airport, will take place on June 14. The low-cost airline will switch to this route on a daily basis from July 4, 2022. Flights will be operated by Boeing 787-9, and fares start at $129 (all taxes included)..

Norse Atlantic has also revealed the schedules of its scheduled flights to Fort Lauderdale-Hollywo, which will start on June 18. On this route, the low-cost carrier will provide three weekly rotations, then from July 5, it will begin operations on Oslo-Orlando providing the same number of frequencies.

Passengers on these flights have the choice of traveling with four different fares, each with its own privileges. These are the Light, Classic and Plus fares. Aircraft operated by Norse Atlantic Airways on its routes serving the United States are equipped with two cabins: Economy and Premium.