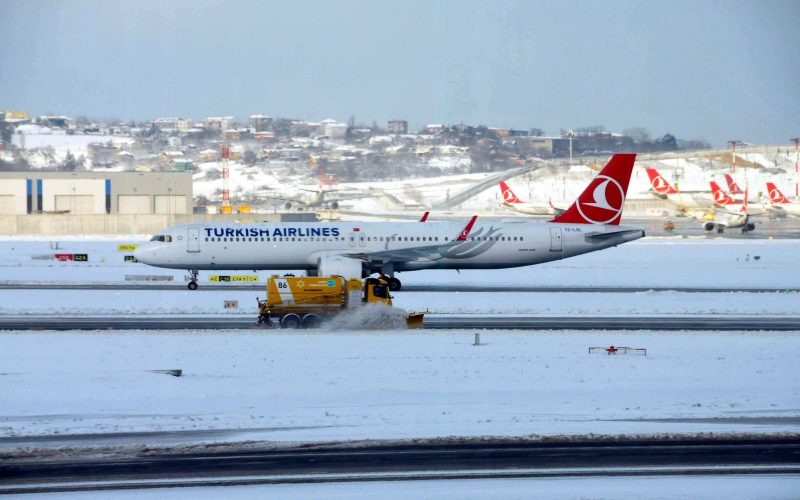 Turkish Airlines Istanbul Airport  and New York JFK flights have been canceled due to heavy snowfall in New York, USA.

“Due to unfavorable weather conditions (heavy snowfall) in the New York area, Terminal 1 at JFK Airport will be closed. As a result, our Istanbul-New York flights on January 29 have been canceled along with return flights,” he said.

To recall, thousands of flights were canceled last week from airports in the United States due to a snowstorm that lasted several days preventing planes from flying.