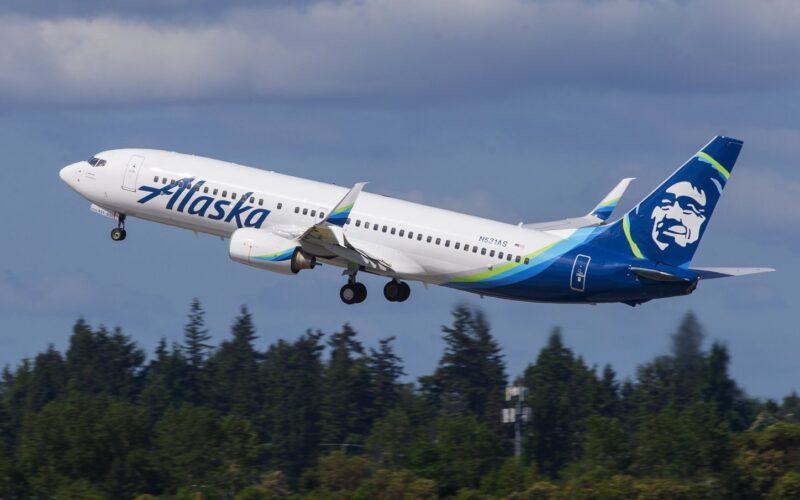 The airline Alaska Airlines is deploying this Monday for the first time in commercial service a Boeing 737 MAX 9 from its base in Seattle, to airports in California.

Having received since the end of January the first two of the 68 Boeing 737 MAX 9s on firm orders, the American company has set their entry into service for March 1, 2021. The MAX 9 registered N913AK, configured like the others to accommodate 16 passengers in Business class, 24 in Premium and 138 in Economy, will take off from Seattle-Tacoma at 6.30 am towards San Diego airport, then after its return at 3.15 pm to destination of Los Angeles. These two rotations are also scheduled for Tuesday and Wednesday according to Flighradar24. The second delivered MAX 9 (N018AK) is also scheduled for entry into service in March.

Alaska Airlines, which in December had increased its order to 120 examples including options, hopes to have 13 aircraft this year (all leased from ALC), then 43 at the end of 2022 and 56 at the end of 2023, twelve planes to be delivered in 2024.

The delivery of the seats is expected to begin in July 2021.

2021 ranking: Delta Air Lines best US airline according to eDreams

Delta Airlines chooses IBM for its digital transformation to the cloud

JetBlue: New Flights from New York to the Caribbean