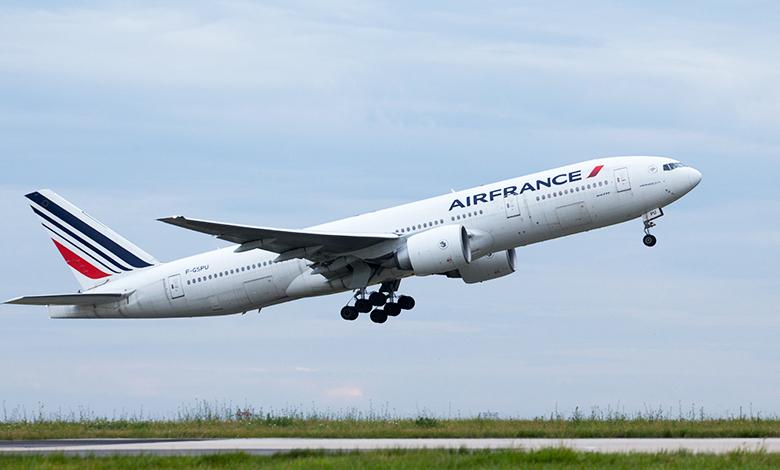 The airline Air France announces for the spring in Paris the resumption of its flights between Orly and New York-JFK and between CDG and Dallas, as well as the return of the seasonal connection between Roissy and Denver. That is 14 destinations in the United States and nearly 200 flights per week offered during the summer season, 20% more than in the summer of 2019 before the Covid-19 pandemic.

From March 27, 2022, the French national company resumes its flights between Paris-Orly and New York-JFK airport, with a daily flight initially operated by Boeing 777-200ER that can accommodate 40 passengers in Business class, 24 in Premium and 216 in Economics. Departures are scheduled at 3:10 p.m. to arrive at 5:45 p.m., return flights leaving the USA at 7:50 p.m. to land the next day at 9:30 a.m.

New York will therefore be connected to the two Parisian airports – Charles de Gaulle, the world hub of Air France, and Orly, with a total of up to 7 daily flights. The SkyTeam alliance company offers this route as part of its transatlantic joint venture with Delta Air Lines, facing competition at all airports from American Airlines, French bee, La Compagnie and United Airlines.

On the same day, Air France will also relaunch its link between Paris-CDG and Dallas-Fort Worth, with up to five weekly rotations by 777-200ER. Departures are scheduled every day except Tuesday and Saturday at 10:10 a.m. arriving at 1:35 p.m., with return flights leaving Texas at 3:40 p.m. to land the next day at 8:05 a.m. She will face American Airlines on this route.

Since the reopening of the American borders in November 2021, Air France “is gradually strengthening its service to the United States, the company’s first long-haul destination in terms of the number of seats offered”. During the summer of 2022, it will therefore serve 14 destinations in the United States from Paris: Atlanta, Boston, Chicago, Dallas, Denver, Detroit, Houston, Los Angeles, Miami, Minneapolis, New York JFK, San Francisco, Seattle and Washington, “with nearly 200 weekly flights, 20% more than in the summer of 2019”. The airline also serves New York from Guadeloupe and Martinique, and connects Los Angeles from Tahiti.

This flight program “is likely to evolve according to travel restrictions”; the company invites its customers to check the entry conditions and the documents required on arrival at their destination, for example on the website www.airfrance.traveldoc.aero. The “Ready to Fly” service for checking travel documents and supporting documents is now available on all flights to and from the United States (and in total on more than 140 connections departing from 80 airports, representing more than 600 daily flights).