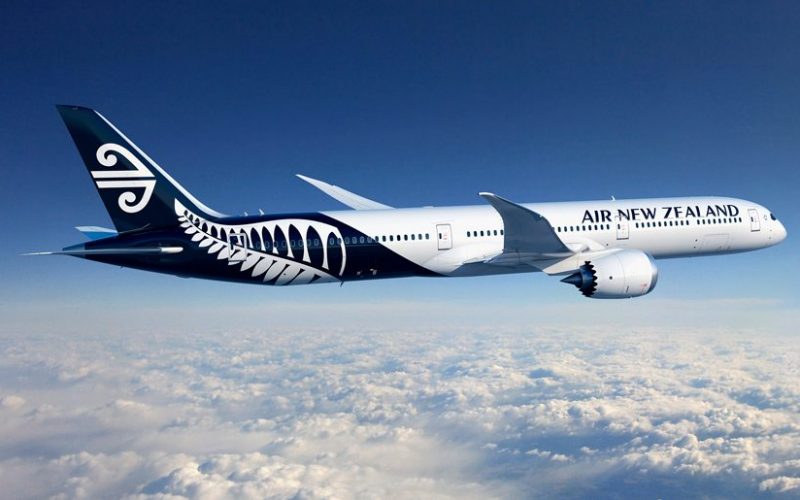 Air New Zealand will offer a non-stop flight to New York from Auckland from the next summer season. This flight will be the longest in its network, the duration of which is estimated at seventeen hours.

While Singapore Airlines is relaunching the longest flight next Sunday (the direct Airbus A350-900ULR between Singapore and Newark-Liberty), the New Zealand national carrier has announced for September 17, 2021 the inaugural flight of three per week which will be operated between Auckland and New York-JFK, in a Boeing 787-9 Dreamliner that can accommodate 18 passengers in Business class, 21 in Premium and 263 in Economy (including 42 Skycouch). After this inauguration, departures are scheduled for Monday, Thursday and Saturday at 7:40 p.m. to arrive the same day at 7:55 p.m., crossing the date change line requires (flight duration 4:15 p.m.); return flights will leave the USA on Monday, Wednesday and Saturday at 9.55 p.m. and land two days later at 7.30 a.m. (flight time 5.35 p.m.).

Air New Zealand will be without competition on this route, its sixth to the United States after those to Chicago, Honolulu, Houston (relaunched next July), Los Angeles and San Francisco, as well as to Vancouver. The Star Alliance company recalls that its partner United Airlines offers connections on its domestic network as well as to Canada or the United Kingdom. “For those wishing to explore Europe further, through Air New Zealand’s network of partnerships, customers can also fly direct from New York to Frankfurt, Munich, Zurich, Vienna, Brussels, Helsinki, Copenhagen and Stockholm.”

According to CEO Greg Foran, “Traditionally, flight numbers 1 and 2 are used for an airline’s flagship route. And that’s what New York will be – our flagship route.” After a two-year hiatus in international flights and the reopening of New Zealand’s borders on May 2 to visa-free countries, this is the moment Kiwis have been waiting for. New York is an iconic yet familiar city, a must-do list item. And now, for the first time, Kiwis can visit the city from all cities with a nonstop flight. New Zealand allows you to slow down – in New York everything is bigger and faster, it’s exciting and impressive – and it’s now closer than ever, adds the leader.