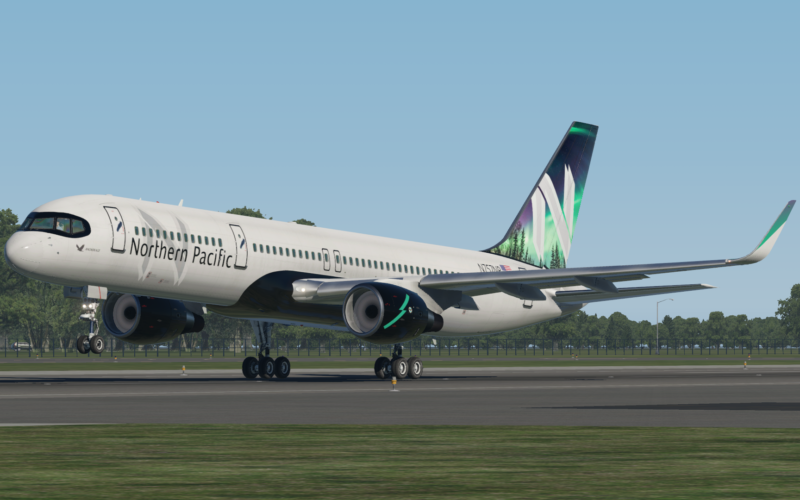 New low-cost airline Northern Pacific Airways has unveiled its livery and its first aircraft, a Boeing 757-200 to be deployed between the United States and Asia via its base in Alaska. But she is already thinking of the 737 MAX and A321neo XLR.

Based at Anchorage-Ted Stevens Airport, the new American startup presented its “Alaskan colors” livery on January 18, 2022, white, gray and black, on the first of its 757s. N627NP began its career in 1995 with US Airways, left the American Airlines fleet in March 2020 and joined that of the leasing company AerSale. The 757s should be configured with around 180 seats, including 12 in Business class, with a “small” Premium class and an Economy.

Northern Pacific CEO Rob McKinney told The Points Guy: “The livery design reflects the Northern Pacific brand and our affection for our home in Alaska. The design echoes our airline values ​​– high customer service, valued perspective and an innovative route strategy designed to connect passengers from east to west.”

According to the CEO, who has already bought Ravn Alaska (bankrupt at the start of the Covid-19 pandemic, and operating regional flights from Anchorage), the launch of operations is planned for the second or third quarter of 2022, on the Icelandair model which connects both sides of the Atlantic while promoting Iceland with its stopovers. Five destinations in the USA are envisaged, Los Angeles, San Francisco, Las Vegas, New York and Orlando, while in Asia it is targeting Tokyo, Nagoya, Osaka and Seoul – even if the borders of Japan and South Korea remain closed for cause of health crisis, forcing him to remain “flexible” on the subject.

Northern Pacific acquired last September the first of twelve 757-200s which will all be leased; only three are not yet leased. The choice of the device is due to the simple fact that it is available, and able to travel the routes envisaged, summarized Rob McKinney. But if he ultimately hopes for a fleet of around fifty planes “over the next four or five years, he is already thinking of new generation planes, “Boeing 737 MAX or Airbus A321XLR or something like that”, has explained the CEO in Simple Flying. And he did not rule out the possibility of acquiring jumbo jets in the future.