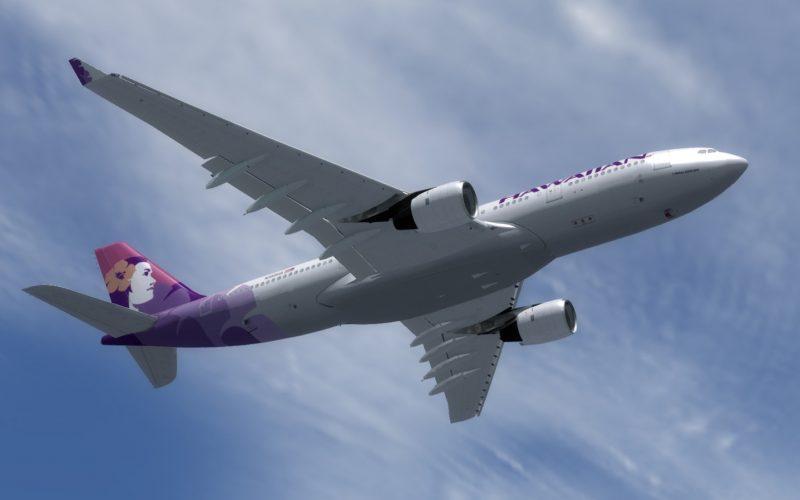 Hawaiian Airlines has announced its return to the air axis linking Honolulu-Auckland, and officially unveiled the date of its first flight to the destination of New Zealand after a break in service which lasted more than twenty-seven months due to the pandemic. The inaugural flight is scheduled for July 2, 2022.

The Hawaiian carrier has announced that these flights between the two airports will be served by an Airbus A330-200 configured to accommodate 278 passengers.

Hawaiian Airlines will fly three times a week to Auckland from Honolulu Airport departing every Saturday, Monday and Wednesday at 2:25 p.m. landing at 9:45 p.m. Then, the return flights will leave New Zealand at 11:55 p.m. to arrive the next day in Hawaii at 10:50 a.m.

With these three weekly frequencies, Hawaiian Airlines will be able to offer 834 seats each week.
On this air route, the American airline will be challenged by Air New Zealand, which operates it regularly with Boeing 787-9 Dreamliners.