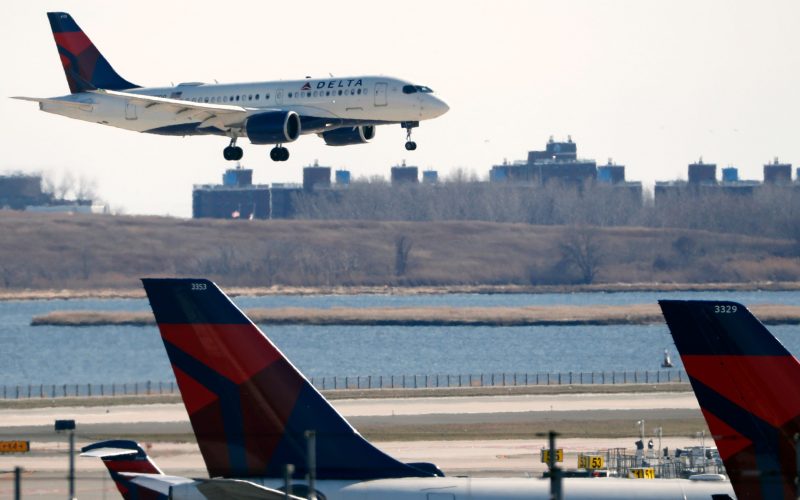 After Russia began a military invasion of Ukrainian territory, several nations and companies decided to implement sanctions against the government of Vladimir Putin, one of the most recent being the American airline Delta Air Lines, which suspended its codeshare agreement with Russia’s Aeroflot. .

According to a statement shared by Delta Air Lines, this measure took effect immediately on Friday, February 25.

According to the company, passengers affected by the changes will be transferred to other flights as appropriate.

It should be remembered that Delta Air Lines does not operate regular flights from the United States to Russia, but its Russian counterpart offers services from Moscow to New York-JFK with a frequency of twelve weekly flights, and to Los Angeles (9 flights per week) and Miami (three flights per week).

With this, the Russian airline potentially lost the sale of up to 11,204 weekly tickets between Russia and the United States.

The airspace is closed between the two countries

The United States is not the only country to have used flights and airspace to sanction Russia’s behavior last week, as Poland and the Czech Republic announced that they would ban the entry of all planes. Russian on their territory from this Friday. .

This decision was confirmed by Polish Prime Minister Mateusz Morawiecki, who called Russia’s military maneuver towards Ukraine an unjustified aggression that deserved a resounding response.

Following Poland’s announcement, Martin Kupka, the Czech Republic’s transport minister, said his government had taken the same decision and planned to make it effective at midnight on February 25.

Similarly, it emerged that Sweden and Finland were closing their air borders to one particular plane, which was carrying Vychaeslav Volodin, Russian State Duma speaker, who had just completed his visits to Cuba and Nicaragua.

The official left Havana and planned to pass over those nations, who refused him entry, causing his plane to be hijacked and his flight to last for several hours.