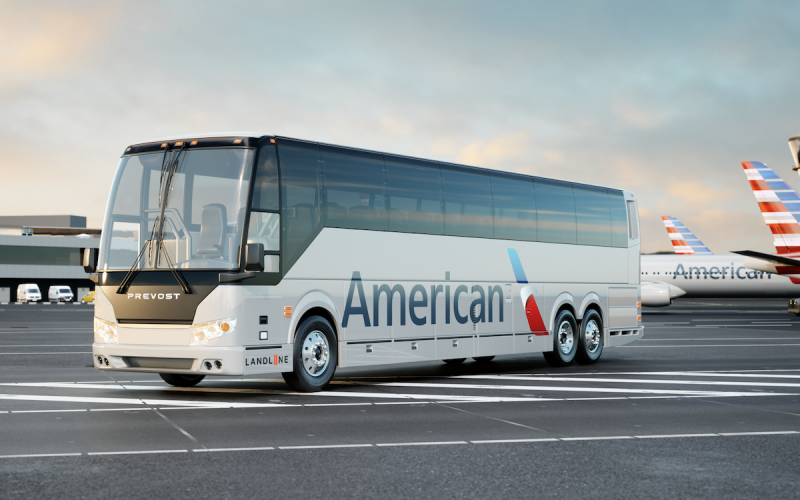 American Airlines has entered into a partnership with a coach company whose objective is to launch regional lines, but this time on the roads.

Instead of a classic transfer from the plane to a bus connection, coordination has now become faster between the two transports. Passengers just have to sit on the bus waiting for them in front of the arrivals hall. American Airlines transfers customers’ luggage from their plane to the bus directly.

The service will be officially launched on June 3, 2022. Buses bearing the logo of the American company will be deployed on the route serving Allentown and Atlantic City.

Booking tickets to take these two shuttles is done directly on the American Airlines website.

Coaches have many advantages, including significant fuel savings compared to airplanes and reduced carbon emissions. “If you are flying within 320 km of a hub, a multimodal connection is really efficient,” said David Sunde, CEO and co-founder of Landline during a press conference. Adding that the buses can “reduce the carbon emissions of a regional flight by 80-90% today”. Further transfers to the road are likely to follow in the coming months.