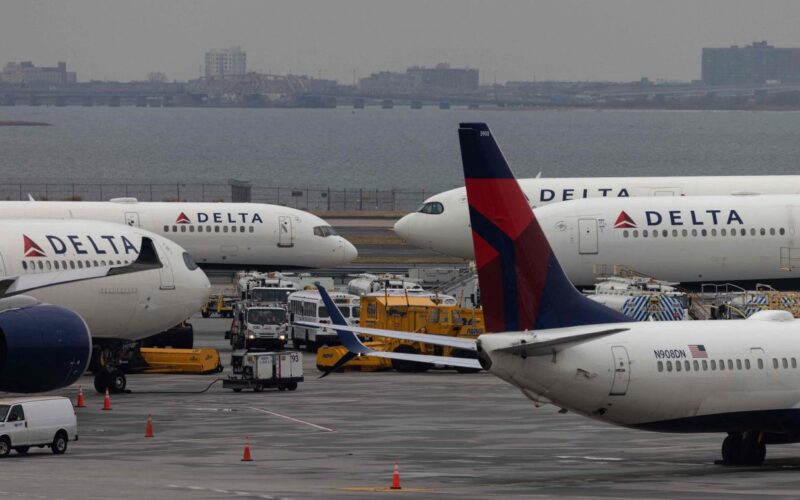 Delta Air Lines estimates that the Omicron variant will likely delay the resumption of air traffic by two months in the United States and cause it a financial loss in the first quarter of 2022, but it remains optimistic for the year as a whole.

“Omicron is expected to delay demand recovery by 60 days,” Chief Executive Ed Bastian said, while adding that Delta was “confident of a strong spring and summer travel season with strong leisure travel demand and business”.

At Delta, around 8,000 people have been infected in the past four weeks, the company’s boss detailed in an interview with CNBC. There were no a priori serious health problems “but it prevented them from working for a while”. Since this was just when demand was at its highest in two years, “the combination of the two events could not have come at the worst time”, he pointed out, but “Delta’s operations stabilized at the over the past week and have returned to their pre-holiday performances.

In the fourth quarter of 2021, Delta Air Lines posted a profit of $143 million. An increase in profit thanks to a high level of bookings for the end-of-year celebrations. But the American company expects losses in the first quarter of 2022, due to the spread of the Omicron variant. While its turnover was displayed in December at around 80% of what it was in 2019, it should return to around 72% to 76% of its 2019 level for the whole of the first quarter of 2022.

The recovery in revenue should come in the second quarter of 2022: “Despite expectations of a loss during this quarter, we remain positioned to generate a significant profit for the next three quarters, which will allow us to make a profit in 2022,” said Dan Janki, Delta’s chief financial officer.