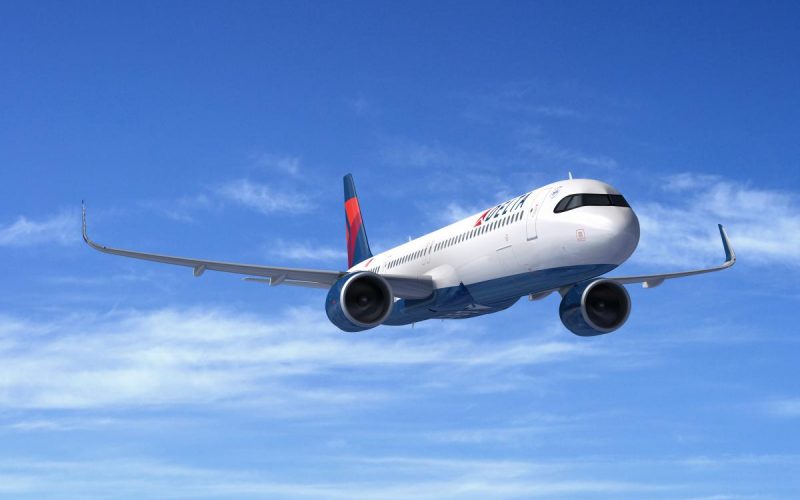 Delta Air Lines has announced that the first of 155 A312 neos ordered from Airbus has just joined its fleet.

Leaving the Finkenwerder paint shops in January, the first A321neo for the American airline (MSN10437 registered N501DA) equipped with Pratt & Whitney GTF engines was delivered on March 24, 2022. Delta Air Lines, which has now ordered 155, configured them to accommodate 20 passengers in “First” Business class, 42 in Delta Comfort+ and 132 in Economy. That is 194 seats, three more than in the 127 A321s operated (20+29+142) of which it has just put the last unit produced into service. Once all A321neo orders are fulfilled, Delta’s A321 Family will grow to 282 aircraft; The A321neo will be manufactured “at the same facilities in Mobile, Alabama, and Hamburg, Germany, where the A321ceos were built.”

The 194-seat plane will include 20 seats of the new domestic First, whose Recaro seat “offers more privacy, workspace and storage”. All passengers will have access to Delta’s wireless in-flight entertainment system at every seat, spacious overhead bins, high-speed WiFi and power ports.

The SkyTeam alliance company hopes to receive 26 copies by the end of the year, the entry into service not being planned before May, probably from Boston-Logan airport. This first delivery was initially expected in the fourth quarter of 2020.

The delivery of this first A321neo “helps usher in the next era of premium domestic service at Delta,” Mahendra Nair, SVP Fleet and Supply Chain Tech Ops, said in a statement. “Not only do these aircraft provide the best customer experience in the industry, but these fuel-efficient aircraft further demonstrate our commitment to a more sustainable future.”

“By adding Airbus’ latest and largest single-aisle aircraft to its fleet, the Delta Air Lines team continues to demonstrate its priority for operational efficiency while delighting customers with the most spacious single-aisle cabin in the sky.” , underlined Christian Scherer, commercial director of Airbus and director of Airbus International.

Delta Air Lines will be the fifth operator of the A321neo in the United States, after Alaska Airlines, American Airlines, Hawaiian Airlines and JetBlue Airways. The low-cost Spirit Airlines is also a customer of the largest re-engined single-aisle aircraft from Airbus, with 30 units ordered. Recall that Delta would also be in the running for an order of up to 100 Boeing 737 MAX (mainly 737-10), rumor not confirmed to date.