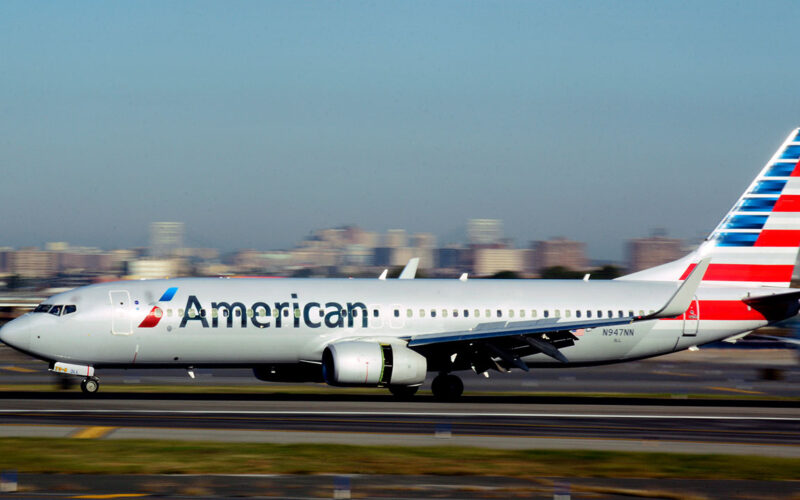 The airline American Airlines, hit hard by the fall in sales of airline tickets since the start of the pandemic, announced Thursday that it had lost $ 8.9 billion in 2020.

Between the slow roll-out of vaccination, the many new cases recorded every day and restrictions on travel, the company does not expect an immediate upturn in activity.

It anticipates revenue for the current quarter down 60 to 65% compared to the same period in 2019, before the pandemic affects air traffic.

In the fourth quarter of 2020 alone, American Airlines recorded a net loss of $ 2.2 billion after seeing its revenues fall 64% to $ 4 billion, it said in a statement.

The company has just gone through “the most difficult year in its history,” said CEO Doug Parker.

The company placed 19,000 workers on technical unemployment in early October before rehiring them after the government adopted new aid to the aviation sector.

The group also reduced its operating and capital spending by $ 17 billion in 2020, mainly by canceling numerous flights.

It still continued to burn $ 30 million a day in the fourth quarter.

American Airlines has received $ 9 billion in aid from US authorities and obtained a government loan of up to $ 7.5 billion. He’s only used 550 million so far.

The company, which also raised or borrowed more than $ 13 billion, expects to end the quarter with about $ 15 billion in cash.

“2021 will be a year of recovery,” Parker said. “While we don’t know exactly when passenger demand will return, we are preparing to be present as vaccine distribution kicks in and travel restrictions are lifted.”

The stock of the company soared 19% in electronic exchanges before the opening of the Stock Exchange.

The results released Thursday were less bad than expected by analysts.

But the title especially benefited from a mention on the WallStreetBets forum of the Reddit site, according to the Bloomberg agency.