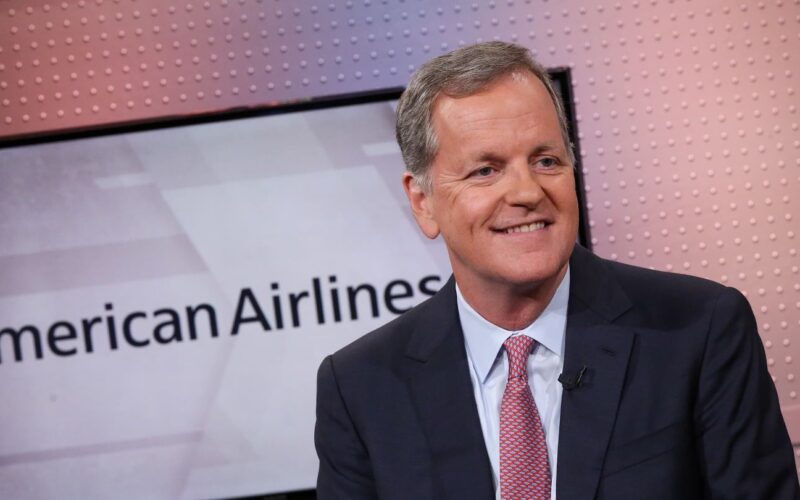 Doug Parker, managing director of American Airlines, has announced his retirement after 35 years in the aerospace industry. He will be replaced by the group chairman Robert Isom.

He joined American Airlines in 1986 as a financial analyst, joined Northwest Airlines in 1991, then four years later became financial director at America West, where he became CEO ten days before the September 11, 2001 attacks. He became CEO after the merger in 2005 with US Airways, which in 2012 announced a new merger this time with American Airlines (placed under protection against creditors two years earlier). Giving birth at the end of 2013 to what remains today the number one airline in the world in terms of passenger traffic, turnover and fleet (900 Airbus and Boeing without counting the regional subsidiaries Envoy, Piedmont Airlines and PSA Airlines).

“I’ve worked with Robert for two decades and I’m incredibly happy he’s the next CEO of American Airlines, which is truly the best job in our industry,” said Doug Parker in a statement. “Robert is a collaborative leader with deep operational expertise and global industry experience. His efforts to guide and support our team throughout the pandemic have been nothing short of phenomenal. We are well positioned to take full advantage of the recovery in our industry, and now is the right time for a transfer that we have planned and prepared. I feel extremely lucky to hand over the reins to this clear and competent leader ”.

Robert Isom, appointed President of American Airlines Group in 2016, brings over 30 years of global industry experience and leadership in finance, operations, planning, marketing, sales, alliances, pricing and revenue management. “I am honored to serve as CEO of American Airlines,” he said. “Over the past few years, our airline and our industry have gone through a period of transformational change. And with change comes opportunity. Today, our more than 130,000 dedicated team members carry more people than any other U.S. airline on the youngest fleet of any network carrier, and we are well positioned to continue to lead the industry as travel rebounds ”after the Covid-19 pandemic.

Senior Independent Director John Cahill said, “During his 35-year career, Doug has been an architect and advocate for a more vibrant, resilient and secure aviation industry. At American, Doug has overseen unprecedented investments in our team and product and set the standard for service leadership, relentlessly championing our people and establishing an accessible and inclusive culture. We look forward to continuing to benefit from the good judgment, in-depth industry knowledge, persistence and optimism of Doug as Chairman of our Board of Directors. ”

In the third quarter of 2021, American incurred a loss of $ 641 million, its smallest operating loss since the start of the health crisis.