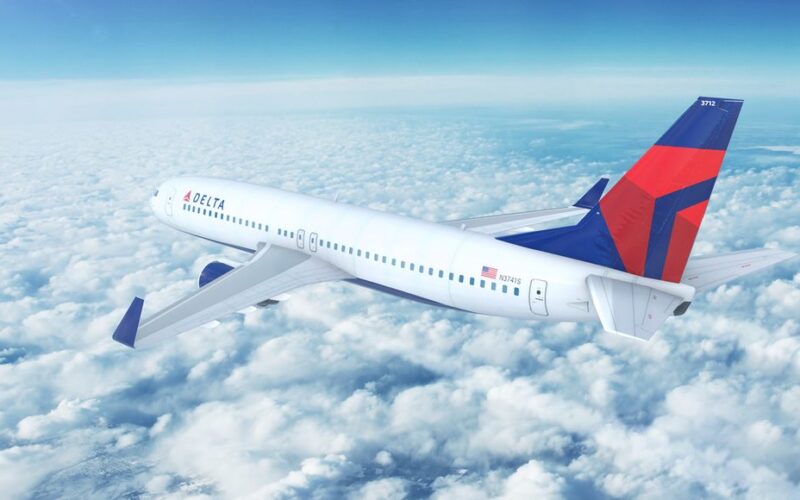 Airlines Qatar Airways, Delta Air Lines and ANA (All Nippon Airways) dominate the 2021 list of eDreams online tour operators, which has changed its criteria to reflect measures taken in the face of the Covid-19 pandemic. Air France is not in the Top Ten.

To establish this ranking, eDreams relies on a “unique 360 ​​° analysis” with information from more than 61,000 customer reviews and data from more than 667 airlines. The ranking criteria to determine the companies “which have been able to adapt to continue to offer an optimal service to their passengers” are the reimbursement of the flights (1), the reliability (2), the evaluation by the customers (3) and security (4).

Behind the podium of companies based at Doha, Atlanta and Tokyo airports are KLM Royal Dutch Airlines, British Airways and Turkish Airlines. Seats 7-10 are occupied by Etihad Airways, Singapore Airlines, Lufthansa and United Airlines.

The best airline in the world is Qatar Airways. The excellence of Qatar Airways, which had already secured a second place last year, allows it to reach the first place of the podium in 2021, thanks to the remarkable efforts of the company throughout the year. Qatar Airways obtained top marks for refunds and ticket flexibility. The company also obtained excellent marks in other areas. Delta Air Lines ranks second among the best airlines in the world, after the company missed the top 10 by just one place last year. Delta’s commitments to safety and customer reimbursement were decisive in this year’s ranking. In third place is Japan’s largest airline: All Nippon Airways. The company performed well in terms of customer satisfaction, reimbursement and the implementation of new security measures.

To determine which airlines are the best at reimbursing passengers, eDreams analyzed their reimbursement rate and reimbursement times (this reimbursement approval timeframe refers to the time taken by airlines to process each reimbursement request; the real time to get a refund to a customer’s bank account may take longer). Qatar Airways and British Airways are tied for first place among the best airlines for reimbursement of flights. Both airlines have processed all eligible refund requests from passengers who booked with eDreams. In addition, they did not change their reimbursement process during the pandemic, or add additional steps to the reimbursement validation process, unlike other airlines. They maintained a fast repayment approval timeframe throughout the year. Delta Air Lines is also a finalist in the Best Airlines Refunds category, having processed 98% of refunds in two weeks.

Reliability: Considering both cancellation rate and ticket flexibility, three airlines are tied for first place Qatar Airways, KLM Royal Dutch Airlines and Turkish Airlines, with less than 35% of flight cancellations. Cancellations during the first containment due to Covid-19 “were inevitable, a necessary step to limit the spread of the virus. However, in early summer 2020, many airlines resumed their flights and passengers were again invited to board, ”explains eDreams, which looked at the percentage of flights canceled after the lockdown, from July to December 2020 for each airline. Additionally, the travel change options available to customers who wish to change their flight for any reason (even if the flight has not been canceled) have been explored. Once again, Qatar Airways, KLM and Turkish Airlines arrive in pole position. All three airlines scored 5 out of 5 for ticket flexibility. They offer passengers the possibility of changing their tickets free of charge as many times as they wish, on another date or to another destination.

Finally, in terms of safety in flight and on the ground in response to the spread of the pandemic, airlines have tightened health and safety standards and implemented new measures to guarantee passenger safety. The airline that has taken the most protective measures against Covid-19 is Delta Air Lines. Four airlines follow closely: All Nippon Airways, Qatar Airways, Turkish Airlines and Etihad Airways, which fulfill 8 of the 9 measures. Delta sets itself apart from other airlines with its commitment to reduce the capacity of its aircraft. In planes with rows of three seats, Delta blocks the middle seat to ensure more space between passengers (unless a family of three wishes to travel side by side). This initiative was motivated by feedback from customers wanting more space on board.

“As Europe’s leading online travel agency, our priority over the past few months has been to stay loyal to our 17 million customers. This study, which distinguishes the best airlines in the world, gives consumers a clear view of the current travel market, in particular by addressing the main concerns identified during the pandemic and by enabling travelers to make more informed decisions when making their reservations. This study is another example of the added value that eDreams brings to travelers as a leading online travel agency, ”said Pablo Caspers, Chief Air Supply and Advertising Officer at eDreams ODIGEO in the statement.