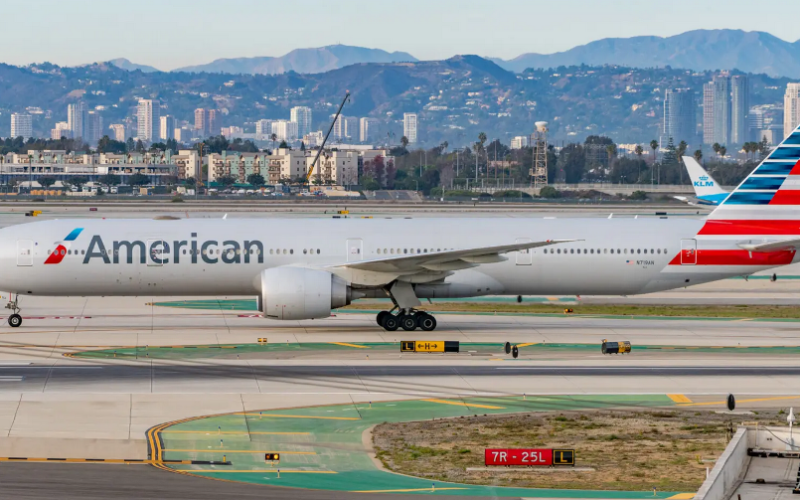 American Airlines will launch a new connection between New York and Doha next June, two years behind schedule due to the Covid-19 pandemic. But it will not operate to Shannon, Edinburgh and Hong Kong, due to Boeing’s problems with its 787 Dreamliner.

From June 4, 2022, the American company will offer a daily flight between its base in New York-JFK and Doha-Hamad International airport, operated by Boeing 777-300ER which can accommodate 8 passengers in First, 52 in Business class, 28 in Premium and 216 in Economy (304 seats in total). The timetables were not online at the time of writing, but American Airlines will be without competition on this axis other than its codeshare partner and in the Oneworld alliance, Qatar Airways which currently offers 3 daily Airbus rotations. A350.

“We continue to creatively find ways to create a network that gets customers where they want to go when they’re ready to travel,” Brian Znotins, vice president of network planning, said in a statement. American Airlines. “The addition of Doha to our extensive global network and the takeover of a significant portion of our European routes gives our customers more choice when planning next year’s vacation.”

The American company had spoken of launching its own flights to Doha in early 2020, when it signed a peace deal with its Qatari partner after years of acrimony over public subsidies. AA points out that the opening of this route “will deepen its relationship with Qatar Airways. Customers have already benefited from the extended codeshare between the two airlines, as it has given them access to new destinations in the Middle East, East Africa, South Asia and South Asia. Is that American does not currently serve ”.

“We look forward to welcoming our partner oneworld and our friends at American Airlines to our home airport in Doha, recently voted the world’s best airport, and offering connectivity to many business and leisure destinations in the region and beyond ”, added Thierry Antinori, Commercial Director of Qatar Airways.

But the summer of 2022 will not be easy for American Airlines: it explains that it has implemented a “strategically constructed summer program that optimizes the use of the widebody fleet by focusing on the most popular destinations and maximizing connections with international partners ”. All wide-body aircraft currently used on short-haul routes in the Caribbean, Latin America and Mexico will be redeployed “to popular transatlantic destinations” next summer, including Barcelona, ​​Lisbon, and Venice. From the spring, she will resume service between Charlotte and Rome, and will start seasonal services to both Rome and Athens “earlier than in previous years”.