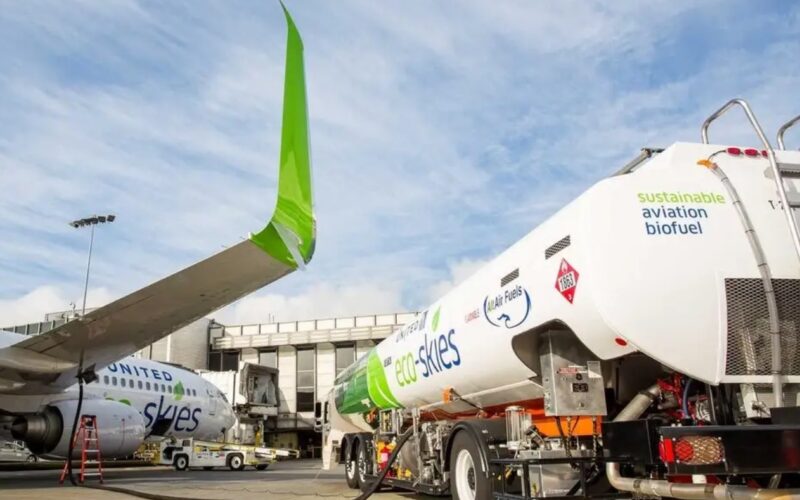 United Airlines made the first flight on December 1 with passengers (guests, including its CEO Scott Kirby) using 100% sustainable aviation fuel (SAF) to power one of its engines. This demonstration flight took off from Chicago and landed in Washington. It was carried out in a Boeing 737 MAX 8.

United points out that the aircraft flew with 500 gallons of SAF in one engine and as much JetA in the other, to show that there is no operational difference.

The flight was carried out in collaboration with Boeing, CFM International, Virent (a company whose technology allows the use of 100% SAF), and World Energy, which provided the sustainable fuel.

United is very committed to meeting its goal of reducing its net greenhouse gas emissions to zero by 2050 without recourse to offsets. It already systematically uses SAF in its flights and has signed several agreements to ensure a consistent sustainable fuel supply in the coming years. At the same time, it is investing in various other projects, for example electric aircraft or CO2 capture and storage.