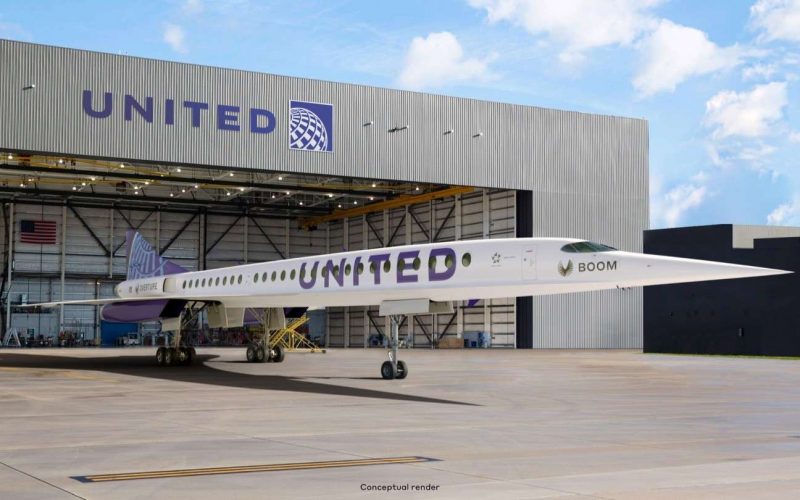 United Airlines, one of the largest airlines in the United States and in the world, has just announced the purchase of 15 supersonic aircraft developed by the Boom Supersonic company, with the possibility of obtaining an additional 35.

The Boom Overture aircraft will be able to reach a speed of 2100 km/h, i.e. Mach 1.7 (nearly twice the speed of sound), which will allow it to make a Paris – New York flight in just 3h30 instead of 7h , or even a trip Los Angeles – Sydney in 6h45. Typically, this trip has a duration of 15 hours. United Airlines’ plan is already well established: the aircraft should be deployed in 2025, make their first flights in 2026, and carry their first passengers in 2029.

Created in 2014, Boom Supersonic aims to make supersonic flight affordable and above all, respectful of the environment. For the moment, however, its prototype version of the Boom Overture plane (the one purchased by United Airlines) has experienced some delays since its maiden flight should be made this year; it was previously planned for 2017.

The Boom Overture will be the first supersonic aircraft to carry passengers since Concorde, retired in 2003 and jointly manufactured by Airbus and the British Aircraft Corporation. The latter nevertheless caused the French manufacturer to lose a lot of money, in addition to being very fuel-intensive. This is precisely where the Boom Overture differs, with the two companies explaining that it will be “zero carbon emissions from day one [and will be] optimized to run on 100% aviation fuel. sustainable”.

However, they did not provide any additional information on this fuel. One thing is certain: the device will have to meet current environmental challenges, while the aviation sector produces 2% of total emissions from human activity.

Furthermore, it is important to note that the Federal Aviation Administration (FAA) banned the flight of supersonic aircraft over the United States in 1973. If Donald Trump signed an executive order asking the agency to remove this measure in 2018, it is unclear whether Joe Biden will follow the same line as his predecessor.